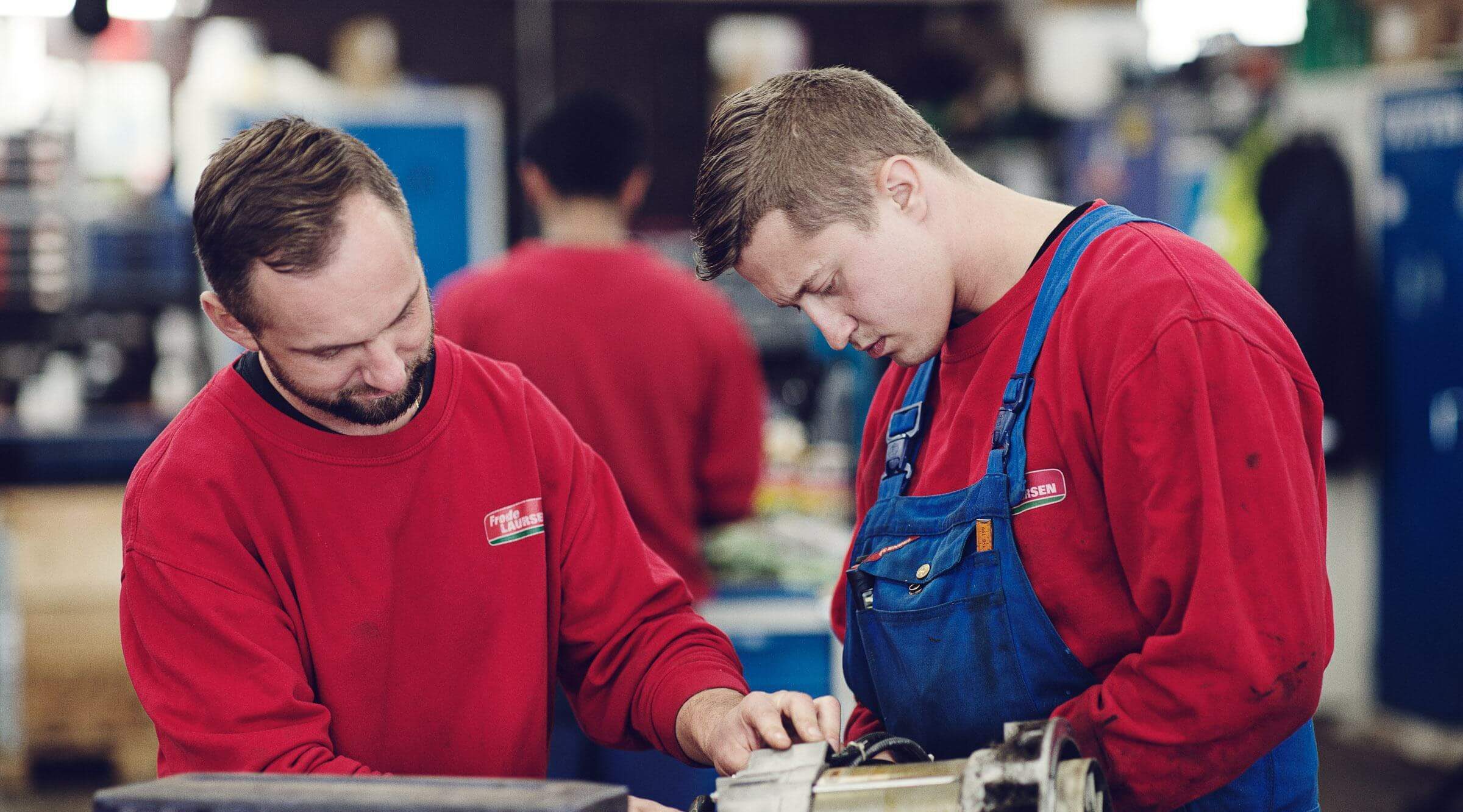 As a mechanic at Frode Laursen, you will have a varied working day, servicing and repairing our extensive fleet of vehicles. The work requires you to be good with your hands, and that you can work independently. It’s therefore important for us that you are responsible, reliable and flexible.

As one of our mechanics, you will share the responsibility for repairing and maintaining Frode Laursen’s fleet, which comprises 740 trucks and 1,750 trailers. Frode Laursen has its own workshops in Vitten in Jutland and in Hedehusene on Zealand.

Altogether, about 35 people are employed at the workshops, all working in smaller teams. We expect you to be keen to acquire new skills, as our fleet comprises many different types of vehicles. This also means that you will be working with a wide range of equipment.

As a mechanic at Frode Laursen, you are …

… a trained truck or trailer mechanic, and you have worked with many different kinds of equipment. Alternatively, you are a smith or a dextrous HGV driver who wants to try your hand at becoming a qualified mechanic. You understand the importance of having a positive attitude and of good collaboration, and take our values on board, while appreciating our focus on cooperating and achieving results through teamwork.

As a mechanic at Frode Laursen, you get …

… a working day with many different servicing and repair tasks, where we allow you to show what you can do with a high degree of responsibility. You can develop your skills, and become even more qualified. You will also find friendly colleagues who enjoy planning social events such as bowling, summer parties and Christmas lunches.

We expect you to be: 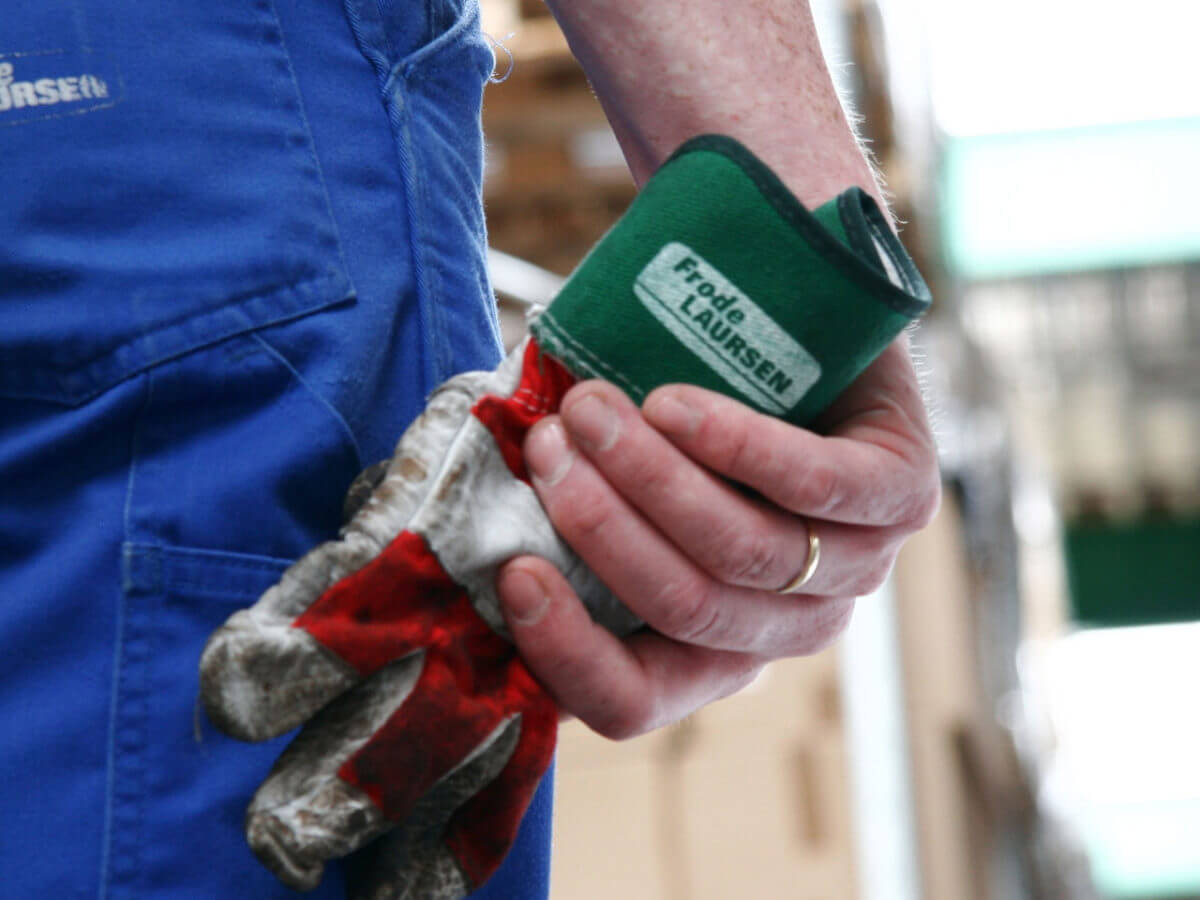 One of the best things is that it’s possible to work with many different vehicles, and that’s something which I think makes this job interesting. On top of which, it’s a good workplace.
Rasmus
Mechanic

A wide range of tasks

Rasmus Molbeck joined Frode Laursen as an apprentice mechanic in 2006. After his training, Rasmus was permanently employed at the workshop in Vitten, and has worked for Frode Laursen ever since.

Rasmus starts his working day at 7:00, when he arrives for work with his colleagues.

– We kick-off the day with a short meeting, where we’re briefed on what needs doing and who’s going to do what, says Rasmus, adding:

– We perform a wide range of tasks. They include standard jobs such as fitting logos, ADR equipment and coffee machines, as well as the more all-round tasks involving repairs to trucks, trailers, tractors and craylers.

Possibility of working with many different vehicles

In particular, it’s the all-round tasks that suit Rasmus.

– One of the best things is that it’s possible to work with many different vehicles, and that’s something which I think makes this job interesting. On top of which, it’s a good workplace. People listen to what you have to say, and I have a good working relationship with my colleagues and manager, says Rasmus.

On the question of why one should become a mechanic at Frode Laursen, Rasmus says:

– This is where you want to be if you’re looking for a workplace where there’s freedom with responsibility. It’s a flexible job, and if you give something of yourself, you’ll definitely get something back in return.